Feeling Stuck? It Could be Plum Stone Throat 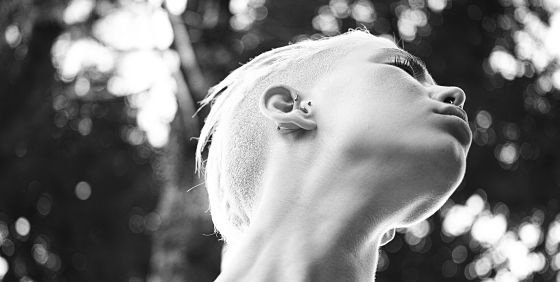 Do you ever have a feeling that something is stuck in your body? A blocked feeling, difficulty swallowing or of something lodged in your throat? You may been diagnosed with globus pharangeus by your doctor but scans show nothing is there. Plum pit qi is a Chinese medicine description of this sensation. It’s a surprisingly common symptom that many people simply put up with.

What is Plum Stone Throat?

Plum pit qi or plum stone throat has been described in Chinese medical texts since the late Han dynasty (~ 220AD) with specific herbal formulas for “women who feel as if a piece of meat is stuck in their throats”.  The subjective feeling is further described as “something that can neither be expectorated nor swallowed”. In Chinese medicine this is caused by constraint in the Qi of the body, blocking the normal flow of energy and eventually causing fluids or phlegm to accumulate.

As well as the blocked feeling in your throat, other sensations that may indicate that your qi is stuck include –

Distension and fullness of the central abdomen

Any unusual sensations in the throat including blocked, dry, phlegmy, itchy or numb throat

An awareness of things not moving smoothly

Localised sensations of fullness that come and go

A feeling of qi clogging the chest

The Western medical diagnosis for this symptom is globus pharangeus (historically known as globus hystericus). Your doctor may investigate possible underlying causes including reflux, inflammation of the pharynx or anxiety. Treatment can include proton pump inhibitors or anti-depressants however there is little research on the effectiveness of these approaches.

Plum pit qi is an irritating symptom that is increasingly common in clinic as our levels of stress increase. The uncertainty and fear of living through a pandemic is putting increasing pressure on the nervous system that can manifest in changes in the body.

Ancient Chinese medical texts describe the effect of unbalanced emotions on the body, and the connectedness of emotions and health is a fundamental principle in our medicine. Feelings of all shades are essential for a healthy life, but emotions can start to cause illness when they are excessive or repressed. This is particularly true in plum stone throat, where things left unsaid, being unable to accept a situation or feeling unable to speak your truth can manifest as physical symptoms.

Chinese medicine is a powerful treatment for globus sensations when mainstream medical approaches have been ineffective. Acupuncture can invigorate stuck qi, shifting the emotions stored in the body.  Specific herbal formulas dissolve the phlegm, minimising odd sensations and restoring the smooth flow of Qi. By supporting the nervous system, Chinese medicine treatment can balance the stress response, re-establish a healthy flow of energy, and help you move forward and through life’s challenges.

Chinese Herbal Medicines - Are They Safe?

As a practitioner I am always concerned about the safety and efficacy of the products I use and prescribe. Your health is my priority, and…

Abdominal pain and discomfort are common symptoms that many people put up with or dismiss as normal.  Bloating, distension, sharp pain and cramping can be…

Do We Need to Bleed?

Periods might be inconvenient sometimes but they give important information about your overall health. How regular they are, the colour, amount and consistency of the…